Made in China - Tom Newberry


Made in China - Yangshuo 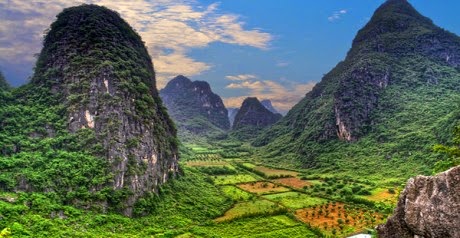 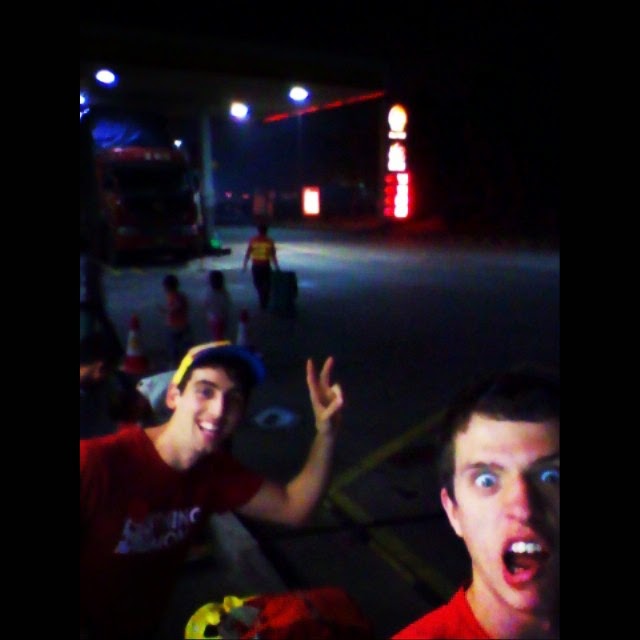 A coach, a plane, a minibus and a sleeper bus took us on the 36hour journey from Exeter to Yangshuo, China. I'm completely blown away. Yangshuo is a very unique place, unlike anywhere I've ever been. The city itself is buzzing and has become a booming tourist attraction for Chinese travellers; hotels, touring services and restaurants number in the hundreds, 95% of them targeting the Chinese traveller, given that the number of westerners visiting is still relatively low. The city has built up in and around a totally surreal landscape of karst towers that stretch as far as that day’s air pollution index will allow the eye to see. Beautiful, limestone pinnacles are a dime-a-dozen around here, ranging from slabs to dramatically overhanging and single pitch to 5 pitch monster outings. Rock climbing in here was first put on the international map in the early 90s when Todd Skinner, Sam Lightner and Mike Tupper established some of the still-standing mega classics, routes like Over the Moon 7c which climb out the incredible Moon Hill formation. Since then the area has seen a number of rebirths and cycles of popularity- most recently influenced by a segment in Dosage 5, visits by Chris Sharma on the Evolv tour and more recently a stop on the Marmot Lead Now Tour. While Yangshuo is an incredible adventure for any level of climber, the amount of difficult climbing here has increased rapidly in the last few years, with a good number of routes in the eighth grade to go at. 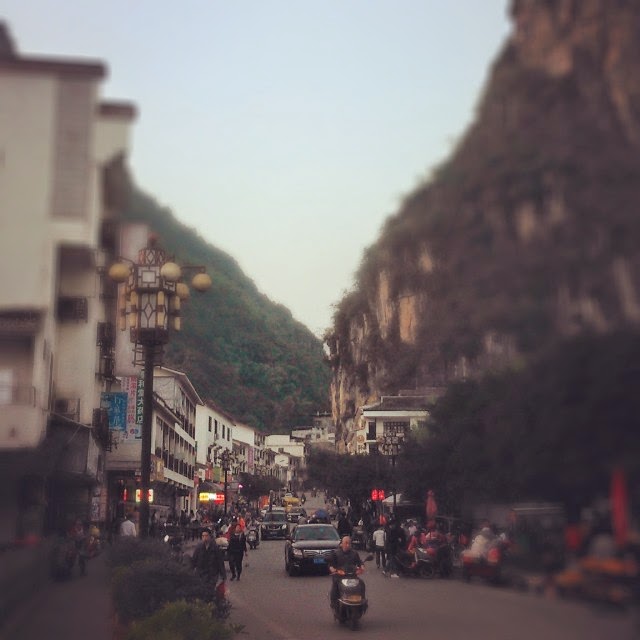 Climbing/travelling outside of your zone always takes a little adjustment. Climbing on the other side of the world can take some serious adjustment. The comforts around Yangshuo for a western traveler are fairly well established, but still, this is definitely China. Being aware of this fact and also traveling on a strict budget, I gave myself a couple days to try and get settled in before I aspired to really push myself. The first week saw me sorting accommodation (apartment for £30/month!), getting to know town, finding proper cheap food joints (damn, proper stir fry is so good and for £1 who can go wrong!) crag snacks were a little trickier. I also learned the rules of the road (that there aren’t any) and therefore how to stay alive whilst driving a moped with no lights, brakes, exhausts or working dashboards. It took a while to get used to the lack of enforced traffic laws, and even though doom seemed ever present, there weren’t too many close calls. We did however seem to have to visit the garage a lot, but the bill usually was in pence rather than pounds.

Our arrival saw unseasonable hot and humid weather more akin to that of southern Thailand, so to kick off our try hard in Yangshuo we headed to the shaded Riverside which features a nice collection across many grades. After a warm up, I moved my rope below the start of Flaming Hornets 8a+, managing a send on my second try of this incredible crimp and compression test-piece; a good confidence boost and great way to get stoked to try some harder lines. Over the next few days, I continued to work through the many classic 7’s and low 8s. Red Dragon 8a+/b stands out as one of the best lines. The mad moves and crazy rests through the steepest part of the Moon Hill arch were simply amazing to climb, unfortunately I failed to get this redpointed as Moon hill is now banned and the police (whom were more than likely fairly pissed off that again they have had to walk 45 minutes uphill to kick climbers off who again have ignored the numerous no climbing signs) made it known that climbing here is not an option.

Lei Pei Shan, one of the big three crags in Yangshuo, (and my personal favourite) is an immaculate 40m wall with the perfect mix of little in-cut crimpers, tufas and hueco pockets. Despite some still tropical weather, my impatience got the better of me and after ticking the first of the big routes that tackles the high headwall, No Guaranty 8a/+ (incredible route!), I was psyched.  So I headed out to try one of my aims for the trip China's first 8b+ and one of the truly world class routes that Yangshuo has to offer, Thunder. The routes begins with an incredible 7c to a good rest before passing through a series of super technical cruxes involving a balancey sequence followed by a huge dyno off tiny crimpers into a sinker hueco. Having mostly been doing ~15m routes in the South West, I knew I would have to step up my fitness game to send this 40 meter beast. But, after 4 goes working the moves and tweaking beta, I happily clipped chains on my first redpoint go, managing my endurance at every opportunity and not taking any rest for granted. Back again after a day off and the neighbouring route, Lightning 8b/+ was the next obvious challenge. This beast goes on forever with little rest bite, technical climbing on crimps, pinches and pockets continue up the headwall after the anchors of a challenging 8a. Again, I clipped chains on my 5th try total, after frustratingly dropping the last hard move on my first redpoint. I finished the day with a few more classic routes and looked forward to a well-earned rest day complete with traditional Chinese massage. 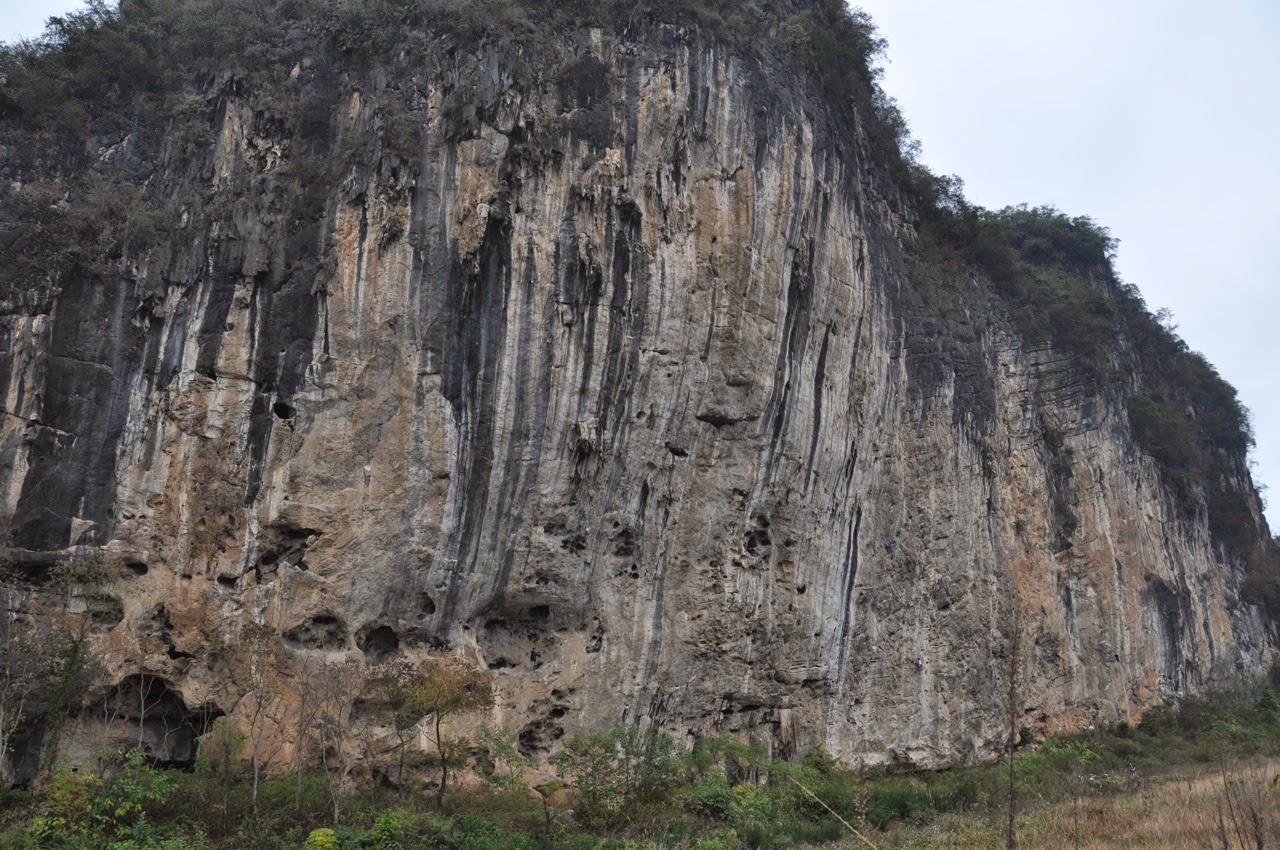 Half way through the second week saw the arrival of rain and a welcome drop to the previously boiling temps. This meant I finally got to check out White Mountain - which is unquestionably the area’s best crag. Set in ‘Rural China’ this beautiful wall rises above a sea of orange trees.. no road noise.. little pollution to speak of.. routes from 6b to 9a… amazing. I warmed up on a couple awesome 7b+s and quickly followed with a second go tick of Gin and Tonic 8a/+. The slick slopers were a dream on my worn tips as a teched my way up the golden 30+ meter wall. Next day, Karate a muerte en Torremolinos 8b, a bouldery number, had worked its way to top of the to-do list. 3rd day on and tired I wasn’t optimistic, but the moves suited me well.  A foot slip ended my second go but I managed to pull an ascent out the bag on my next try, waiting till almost dark for optimal conditions. I left feeling psyched and inspired. After a rest day maybe it was time to try hard and get a project.

Week 3 was projecting week, and after sending Axeman 8a/+ I noticed its awesome looking neighbour China Climb 8c - this was the one to go for. This test-piece features a wickedly crimpy crux and powerful ~V9 moves. It's burly, it’s ferocious, it’s awesome. The only down side was the rather sharp holds that took some careful skin management to keep my chances up. The crux took some working, but after a few sessions tweaking the beta, I managed to fight through to the chains skipping the final 3 draws (I took the full 20+ meter lob too, as my arms ground to a halt on the penultimate move). Woop, woop my second 8c of the year, and a world class one too!

The fourth and final week saw me finally get to Bayan Tree to do the Dosage classic and China’s first 8b, 9 deep, 1 shallow. Another stunning route hosting some brilliant moves on unusual features; one I won’t be forgetting any time soon. I then wound it down a little with some on-sighting mileage, eager to experience as many Yangshuo classics as my tired muscles and sore skin would allow for. The funky chicken 8a, Smackdown 7c, Over the Moon 7b+, Yangshuo Hotel 7b, Tod Skinner Line 7b, Lily 7b, Dragonfly 7a+ are all highly recommended and worth seeking out. 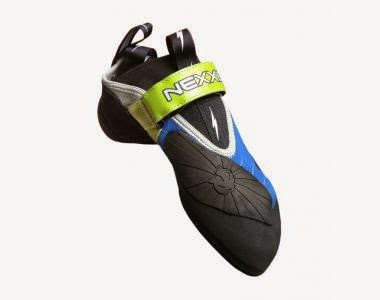 I’m now sat in the airport killing time before the 11hour flight home super motivated by my success here in China and plotting my next adventure – Hmmmmmm…. Mexico, Chile, Cuba??? Too many choices…

PS. My Nexxos worked a treat on the steep rock here! Love these shoes! Review and more thoughts on these soon…
Posted by Climber Blogs at 08:28